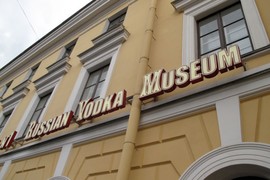 We are not trying to make you drunk but like it or not, vodka is part of our culture. None will dispute that there is no France without wine as well as there is no Italy without pasta. We can continue: there is no Russia without vodka. 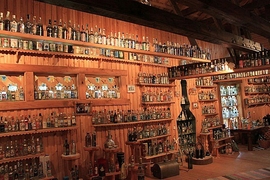 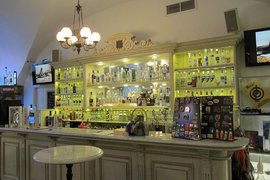 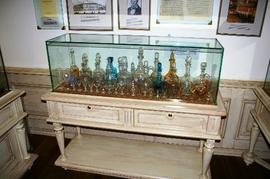 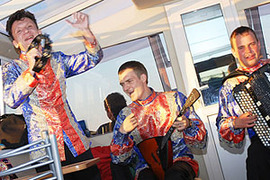 Russian vodka is famous all over the world. May be not everyone has tasted it but for sure everyone has heard about it. All over the world there are legends about “crazy Russians” who never mix vodka either with orange juice or with soda, those crazy people don’t mix vodka with anything at all! They drink pure vodka and drink it a lot! We do like all these rumors and will gladly feed them. All the guides always show their guests the so called Big Eagle Goblet (1,4 liter) and tell the famous legend about the Russian tsar Peter the Great who once upon a time drained this goblet filled with vodka and, as you know, he survived.

Russian culture is not only masterpieces of paintings and architecture, the history of the Romanovs or the revolutions of the XX century; Russian vodka is also an essential part of our culture. So we are all sure that “vodka testing” is not only great fun for our guests but it is also kind of an educational program.

It’s actually a boat trip along the rivers and canals but instead of a detailed story about the historical and architectural sights of the city you will have something very different. Our “vodka cruise” includes:

To be a tourist is hard work, but you also have your right for some rest. Don’t miss the chance!

The Museum of Russian Vodka

It’s one of the most unusual museums in our city. You can like it or not but it is certainly not a boring place. Instead of a detailed at least one-hour-tour so typical for all other museums you will have a short (not longer than 20 minutes) but an extremely exciting story about Russian vodka: how vodka appeared in Russia, how it was changed in the course of time and how popular and important it was for all the Russians. Of course you will be told about the most famous traditions connected with vodka. It’s interesting to note that these traditions and customs were changing and in each particular period of time they always reflected not only the style of life of common people but also the situation in the country in general.

After the tour you will have an opportunity to test three different kinds of vodka with the most typical Russian starters. You can find more information here.

After some vodka one needs a good meal. Enjoy the famous restaurant of Russian cuisine “Russian vodka room No1” which is next door to the museum.